Appalachia is the main location of Fallout 76 (FO76) and is the name given to post-apocalyptic West Virginia. Given its lack of distinct targets, this region was not as severely affected by the Great War and its natural resources remained plentiful.

25 years after the Great War, in 2102, Vault 76 was opened and its inhabitants dedicated themselves to the reclamation of the lands adjacent to the vault. Rich in natural resources and fertile soil, the land is initially promising to the vault-dwellers as plentiful.

However, nuclear holocaust has taken its tall and mysterious plague from mutated fungus takes root. This is called the "Scorched Plague", and it transmits via creatures known as Scorchbeasts that emerge from the underlying caverns and spread the disease.

Regions of Appalachia in FO76 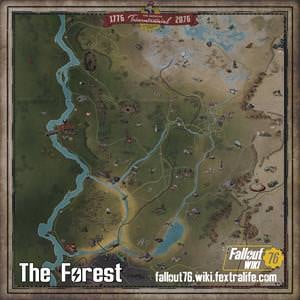 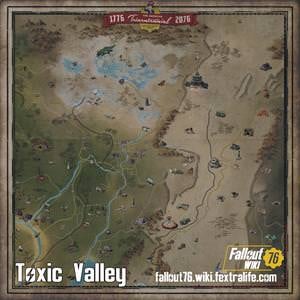