Multiplayer in Fallout 76 is a major component in the way players will play and interact with the massive post-apocalyptic world of West Virginia. Whilst traditional NPC party members are not available, players may recruit fellow players as Companions in their journey. Additionally, players can engage in competitive interactions via the PvP mode.

Fallout 76 introduces multiplayer for the very first time in a Fallout game, and it does so in a big way. 76 will constantly be online and enable players to join each others' servers, or party up and join others. This allows players to navigate around the world, completing quests and hunting mutated monsters in the wastelands, together. Alternatively, players can play on private servers to avoid online interaction -but here's where the drastic changes come in. NPCs do not exist in Fallout 76! They have been completely replaced by real-life players in the wastelands; so if you choose to venture out against all the mutations of the wasteland alone, you're going to do so completely solo.

Lore-wise, this can be explained by the fact that Fallout 76 focuses around one of the first shelters built before the world went to smithereens, and is the first vault to release a select few of their inhabitants to explore the aftermath and reclaim the land, after 25 years of initially going underground. So that could explain the lack of settlements or communities.

With all the new features set to improve on an already-incredible game, the sheer size of the map should also be something to be excited for as it has been announced that the Fallout 76 map will be a whopping FOUR TIMES bigger than that of the previous title, Fallout 4. The West Virginia setting also allows for a more rural setting, allowing mutations of different species that may have inhabited the area before the world went to hell.

While multiplayer will be a big part of Fallout 76, it doesn't necessarily come with most of the characteristics associated with most online survival games. Character progress, and CAMP Construction and Assembly Mobile Platform created carry along with the player through death and servers. This means players won't always have to start from scratch when entering a new server or die; players only lose scraps they were carrying at their death. The structures and bases built by players can also be moved around to accommodate changing servers.

While reducing the emphasis on survival, an element of it will still play a role in Fallout 76. If a player is thirsty or hungry, they will experience debuffs, and radiation is still a factor that players need to consider when traversing the landscape. However, this time radiation can also mutate the player themselves, in both positive and negative manners.

Players will be given the ability to swap in and out between players-versus-players and players-versus-environment, as they choose. As it describes, PvP's purpose is to fight other players so there won't be a lot of consequences in regards to killing others but balance changes may be implemented to prevent a one-sided battle. Upon death, players can rejoin the battle by selecting a spawn location on the map, losing a few scraps (used to craft weapon mods etc) where they died.

In PvP mode, the caps you can acquire from killing another player is depending on their levels. Therefore a low-level player is a less desirable target. Players are also protected by the murder system. Which, according to Bethesda's Todd Howard, when you initially attack someone, you'll deal greatly reduced damage until they return fire.

If you attack someone who doesn't fight back and kill them, you not only won't receive any caps, you'll also be marked as a wanted murderer. While marked, you won't see other players on the map and you'll appear as a big red target on the map to other players. You'll also have a bounty placed on your head, and if someone kills you, that bounty will be taken out of your caps. It's a pretty severe punishment, though it does make me wonder what happens if you're already out of caps when you go on a killing spree. And if you're wondering: yes, you can kill your friend if they become a murderer, even if they're in your party.

You will have a passive buff called pacifist as one final layer of insurance. Pacifist lasts until you reach level five, and as long as you have it you're totally immune to other players. They can't damage you and you can't damage them. This gives new players a grace period to gear up and learns the game mechanics, but once you reach level five, you lose the Pacifist buff and become fair game under the rules of the murder system.

In PVE a bounty system is being set in place to avoid continuous griefing behavior, that encourages otherwise peaceful players to attack those who are unrepentantly murdering others. Other methods of preventing griefing include including disallowing killing low-level players to prevent spawn-trapping.

The main focus of the game will be the PvE gameplay as there is a wide range of beasts, mutants and West Virginian Cryptids running amok to keep players busy. The landscape can also be altered by finding the different fallout bunkers and nuclear launch codes scattered across the map, and using them to launch more missiles anywhere on the world. The nuked locations are then completely annihilated, transforming the area and increasing the radiation levels at the blast site. This in turn further mutates the beasts and spawns rarer loot in the area.

Fallout 76 Companions are different than in previous Fallout games, since the original game does not include NPCs. However, Wastelander DLC have added human NPCs and four available ally in the game.

Benefits of Grouping in FO76

Even if NPC companions are not available before Wastelander DLC, players should look for player companions to join their party in order to obtain certain benefits. For example, after upgrading your Charisma to level 3, you can share perks with your team, boosting everyone. Another benefit is the possiblity to freely fast travel to any of your companions, making it easy to get around the game’s huge map.

How to Group up in Fallout 76

Players can join each other for cooperative grouping and make teams of up to 4 players. In order to join a team, simply use the navigation wheel to select the other player and proceed with the invitation process. Alternatively, you can invite others to your party via the built-in systems in Playstation 4 and Xbox One.

You can also select "Play As a Team" from the starting screen to automatically join your group if they are online.

The game does not feature a typed chat, instead focusing on "proximity" voice. This means all players who wish to talk to others will need a microphone, and the game does not provide a push-to-talk option. Joining parties via other programs such as discord, or PSN and XBL systems can disable in-game voice and keep it to your group. You can also select if you want to mute specific players by selecting them from the map, or keep voice only to your group from your options menu.

You can also use Emotes to communicate with other players via avatar actions.

Players can trade items with each other to survive in the Wasteland. This includes the free trade of valuable Crafting Materials such as Adhesive or the like, alongside Weapons, Armor and even Bottlecaps. 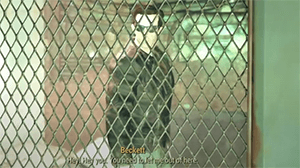 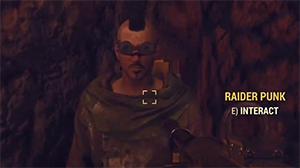 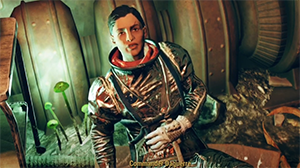 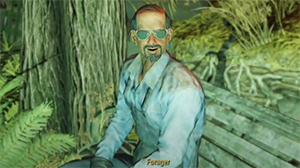